Breastfeeding is Best Without Tongue-Tie 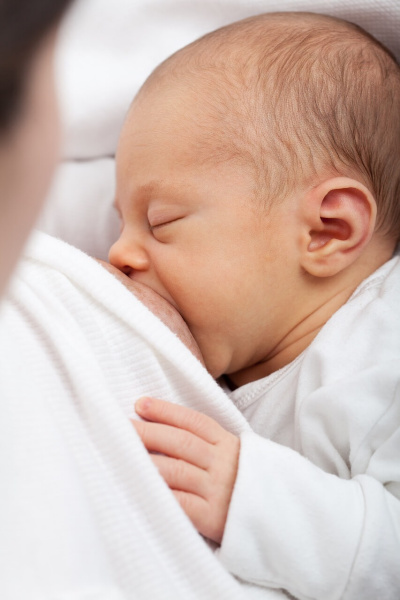 Breastfeeding is one of the first pleasurable experiences for a new baby. It is important for the baby’s health and nourishment, and for bonding between mother and baby. A baby with a tongue-tie (ankyloglossia) often cannot make the necessary movements that allow feeding to be satisfying for both mother and baby; instead, the experience becomes one of frustration for the baby, and pain, guilt and failure for the mother.

While many of today’s practicing physicians may have been taught that treatment of tongue-tie is outdated, among breastfeeding specialists (and many frustrated mums!) tongue-tie has emerged as a recognised cause of breastfeeding difficulties – albeit a very easily corrected one.

Do you see these symptoms?

If you suspect your baby has tongue-tie, it is helpful to observe groups of suction and pauses. Ideally there should be several suctions in a row followed by short pauses rather than a few suctions followed by long pauses. Other tell-tale signs of tongue-tie are tabled below:

Dreading breastfeeding? It is clear that the impact of tongue-tie on the ability of your baby to breastfeed is often severe, posing challenges for the baby, the mother and the family. As a consequence, many mothers who plan to breastfeed their babies are forced to wean them to the bottle much earlier than expected.

When a tongue-tie is causing problems with breastfeeding, the baby often does not open their mouth widely, thus not latching on to the breast at the correct angle. Instead they may latch onto the nipple, and ‘gum’ or chew it, causing severe pain and eventually, nipple damage. There can be cracking, distortion, blanching or bleeding from the nipple, sometimes followed by infection or mastitis.

The tongue-tied baby may be found to be unable to make a good seal around the breast with their lips so that milk is seen to dribble from the mouth while sucking. A similar result is sometimes due to the presence of a maxillary frenum – a prolonged or tight frenum between the upper lip and the upper gum which limits the flexibility or mobility of the upper lip – which can be present together with a tongue tie.

Noisy sucking or noisy snap-back sucking is often reported, where the frenum stretches as far as it can go to compress the nipple, and then snaps back like a stretched rubber band being released.

Since latch is often not correctly positioned, the mother suffers intense pain when the baby seizes the nipple or chews on it, or even when the baby slides off the nipple, being unable to maintain a hold on the breast. In some cases the pain is severe enough to make mothers dread breastfeeding.

The unsatisfied infant, tired out with sucking, but comfortable in their mother’s arms will often fall asleep on the breast, only to waken still hungry and needing further feeding.

The infant can experience as much discomfort as the mother: hunger, malnourishment, swallowing of wind, sleep disturbances, vomiting, and reflux can be present, and cause incessant crying and inability to settle.

Breastfeeding in these circumstances will be anything but pleasurable or satisfying and will cause disappointment, sadness and guilt for the mother. Poor weight gain or failure to thrive may prompt termination of breastfeeding and early weaning to the bottle. Some infants will continue to have problems on the bottle, such as dribbling, swallowing of air and vomiting.

What happens if tongue-tie is not treated?

When the baby progresses to firmer food requiring chewing, the bolus of food needs to be moved from side to side to assist mastication by the jaws. Many children with tongue-tie will reject food that is difficult to chew, or move it around their mouths with their fingers. Dealing with a variety of solids of different textures may also prove diff
icult.

Such children may continue to be slow picky eaters or fast untidy eaters who chew inadequately, prefer soft foods or suffer the results of aerophagia – swallowing air while they eat. Even adults with tongue-tie may continue to be unable to chew meat, or masticate bulky mouthfuls.

Orofacial development is affected due to the low position of the tongue in the mouth. Children around the age of 6 years are at a stage of rapid orofacial growth and development. Incorrect tongue posture cause imbalance of pressure of the facial muscles causes the upper jaw to become V-shaped (rather than being U-shaped). This has the effect of reducing the space available for the teeth to properly and fully erupt leading to crowded, crooked, misaligned teeth.

In a seven-year follow-up case study, Defabianis (2000) found that after a lingual frenectomy there was a spontaneous expansion of the child’s palate, which negated the need for orthodontic treatment.

Ear infections are not uncommon in children with tongue-tie, as it can result in swallow patterns that don’t adequately ventilate Eustachian tubes to support optimal middle ear functioning.

It is clear that the negative effects of tongue-tie, which begin from birth, continue to impact long-term quality of life. Correcting this structural defect early on by what has been described by a prominent Australian paediatric surgeon Dr Martin Glasson as, “an operation which is simple, brief and virtually devoid of complications”, is by far the optimal form of management for tongue-tie.

There are generally four options in the choice of interventions for correcting tongue-tie.

Laser treatment is a relatively new option that is suitable for neonates, older children and adults. No general anaesthetic is used but an analgesic gel might be applied. The procedure is very quick, taking only minutes to perform, but cooperation from the patient in keeping still is required. There is virtually no bleeding, pain or risk of infection.

At MyDental Care we have extensive training and experience in laser dentistry. We have performed numerous tongue-tie corrections using water laser technology in babies as young as one week as well as adults. We believe it is best to have your baby’s tongue-tie corrected within the first three months. The benefits of correcting tongue-tie far outweigh any risks involved, and these benefits go far beyond improvements in speech, as the tongue plays a crucial role in oral health, dental development (arch, orthodontic and jaw), breathing and even sleeping.

Dr Louis Chan has a special interest in holistic dentistry and is a certified provider of Myobrace, Insignia, Rapid Smiles and Invisalign.

You can connect with Dr Louis Chan on Google+, Facebook and Linked In